A Fiery Finale to the Dragon Aussie Pairs Competition with two great days of bowling enjoyed by 24 teams competing for the ever popular Dragon Aussie Pairs Trophy. The four successful teams in the League stage progressed to a “four end shoot out” in the semi finals, where the pairing of Keith Hamilton and Greg Sperring defeated Sue Kent and Chris Salter while in the other match Jan Phillips partnered with Gary Kent edged out Sue Simmonds and John North. The Final looked over and done with as Jan and Gary led 6-1 playing the last end and held shot with just one wood to be played. Greg had other ideas and after telling the watching crowd that he was “one down but had 5 seconds”, proceeded to play a fabulous wood that took the holding shot out BUT on the measure he only managed to pick up a four, so lost 6-5! Congratulations to everyone for entering and enjoying a fabulous competition and a big thank you to our sponsors Dragon Insurance and Maria Morawiec for presenting the Trophy to our winners Jan Phillips and Gary Kent. 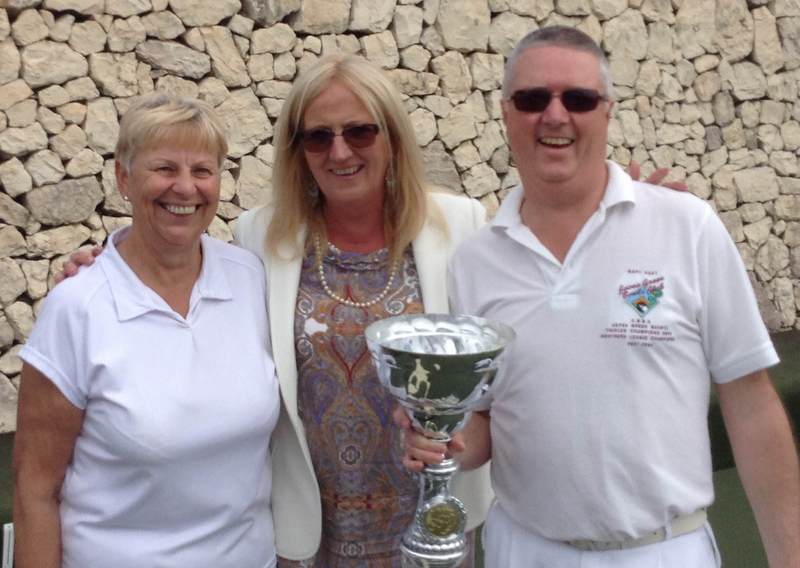