Thirty two members, a broad cross section of the club, enjoyed some exciting pairs bowling over three days, ending on Thurs 23rd of May. The vagaries of this May’s weather meant that fleeces, coats and gloves were eventually replaced by sun hats and cream! Two groups of eight played in round robin leagues, the winners of which, were not determined until the last few woods were bowled. Group one was won by Ken & Carol Davey with victory in the second being attained by Jonathan Barr and Dave Missons. Watched by a good crowd the final continued the feast of good bowling that had preceded it, with Ken & Carol eventual overcoming their determined opponents. Many thanks to Ken Davey and John Pittaway for making it all happen. 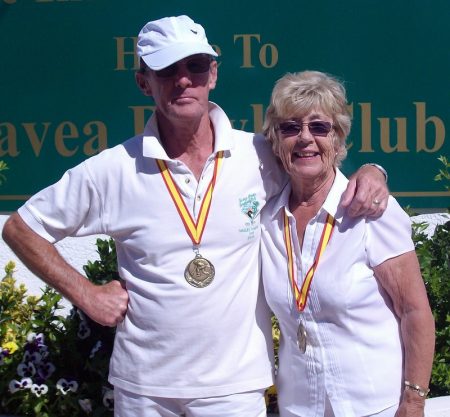 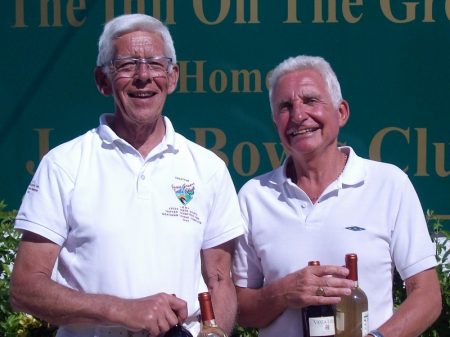