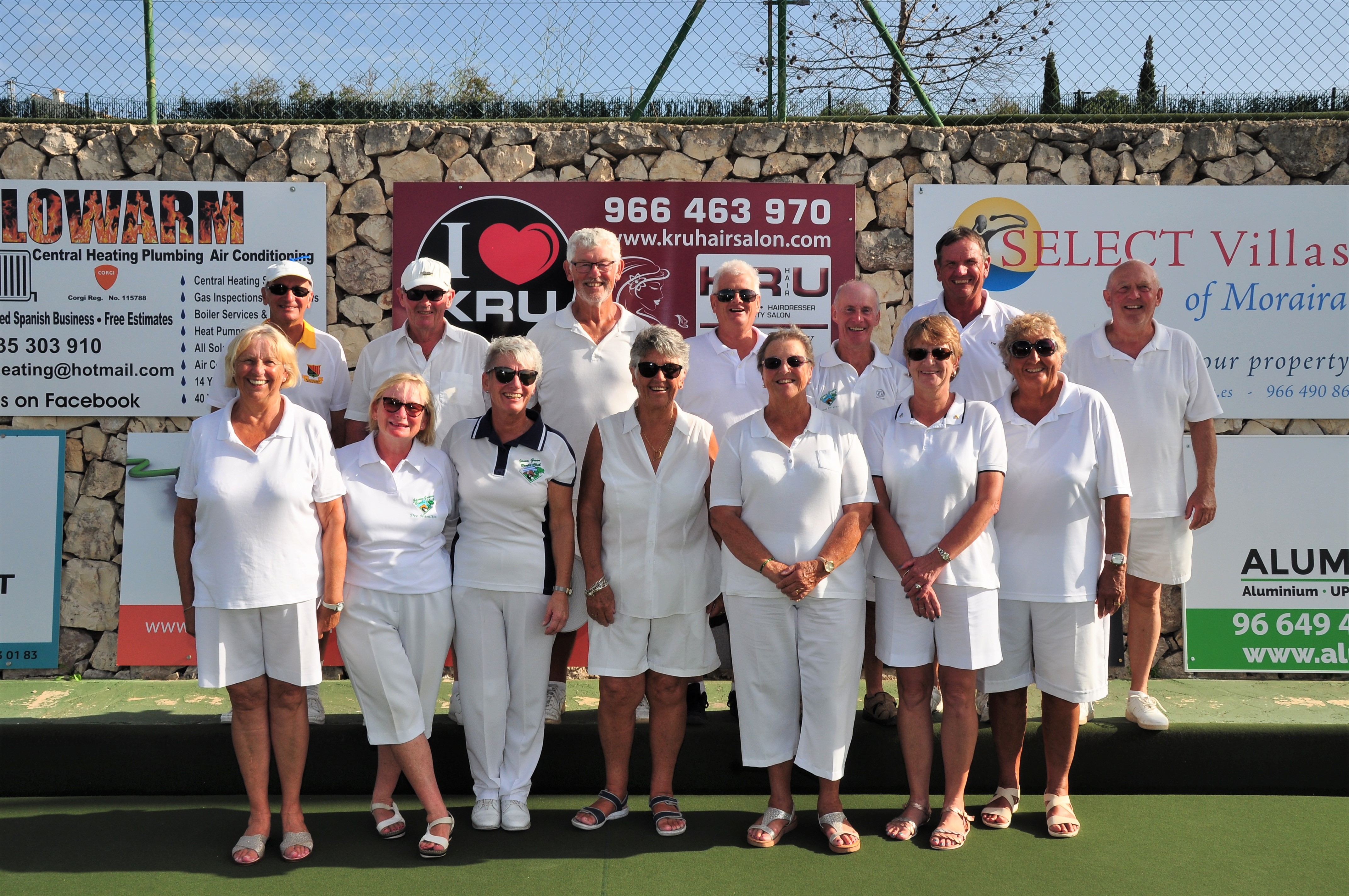 Player of the Tournament 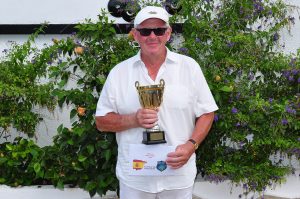 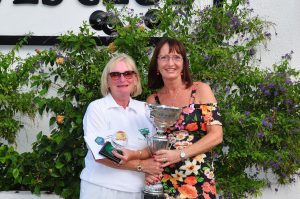 With Debbie from “Scottsdale Overseas” 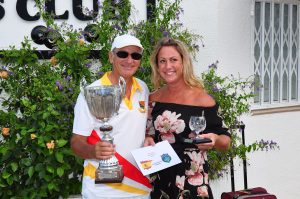 With Miguel from “Ginestar Renault Benissa” 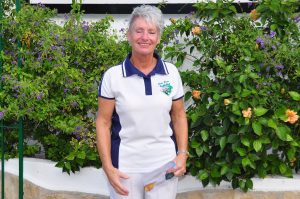 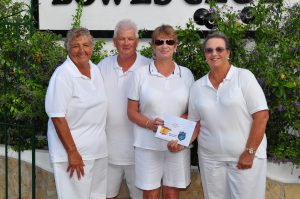 The results are in for most of the disciplines in Javea Green’s most prestigious tournament. Tuesday, 18th September was Finals Day for the Mixed Rinks, Mixed Triples and the Ladies and Gents Singles. The finals for the Aussie Pairs will now take place later. The winners of the Mixed Rinks were Alan and Jan Phillips along with Chris Salter and Jean McLoughlin with a scoreline of 20-11 shots, against the strong line-up of Derek and Lynn Eldon, Yvonne Briden and Maggie Lawley. The Mixed Triples winners of Dennis Reeve, Chris Salter and Jean McLoughlin had a very tightly fought contest against runners-up David Gardiner with Alan and Jan Phillips, they won out by 15-14 shots in an exciting last end shoot-out. The Ladies Singles was another tightly fought contest, with Dee Hamilton winning out by 21 shots to 19 against runner-up Velia Wood. Lastly, the Men’s Singles winner was Dudley Davies who had a convincing win against John Pittaway, prevailing by 21-12 shots. The ‘Player of the Tournament’ award was given to Chris Salter, whose contribution in both the Mixed Rinks and Triples finals helped them to victory. Javea Green Bowls Club would like to thank the main Competition Sponsors of Telitec, Scottsdale Overseas, Prudential Insurance, Ginestar, Beniconnect and Specsavers whose support has been crucial to the Competition’s success. The Club also extends its thanks to the other Sponsors involved – Avalon, Moraira and Javea Villa rentals, Kathmandu Indian Restaurant, Bindley Estate Agents, Aluminium Vince and Solar in Spain. After over a week of bowling, it was time to hand out the Trophies and Cash Prizes to the Winners and the Runners-up, and for the photocalls to take place. This was done with much merry banter and good humour. Debbie from ‘Scottsdale Overseas’ presented Dee Hamilton with the Ladies Trophy and Cash Prize, the Men’s Singles Trophy and Cash was presented to Dudley Davis by Gemma of ‘Telitec’. Miguel of ‘Ginestar Renault, Benissa’ handed out the Triples Trophy and Cash to winners, Dennis Reeves, Chris Salter and Jean McLoughlin. Lastly, Jenny Rich, the Club Captain handed out the Trophy and Cash to the Rinks Winners, Alan and Jan Phillips, Chris Salter and Jean McLoughlin. Well done to all our Winners. After all the hoo-haa it was time to tuck into a delicious ploughman’s salad, so thanks go to Jan Bigsby and her team. Entertaining us with a great selection of music was our own Neil Fagen, thanks Neil. Once again, Keith and Dee Hamilton have excelled in providing a well-organised competition, in spite of inclement weather causing re-scheduling of various matches. The Club showed its appreciation by presenting them with very nice Hibiscus plant in grateful thanks for all their hard work. 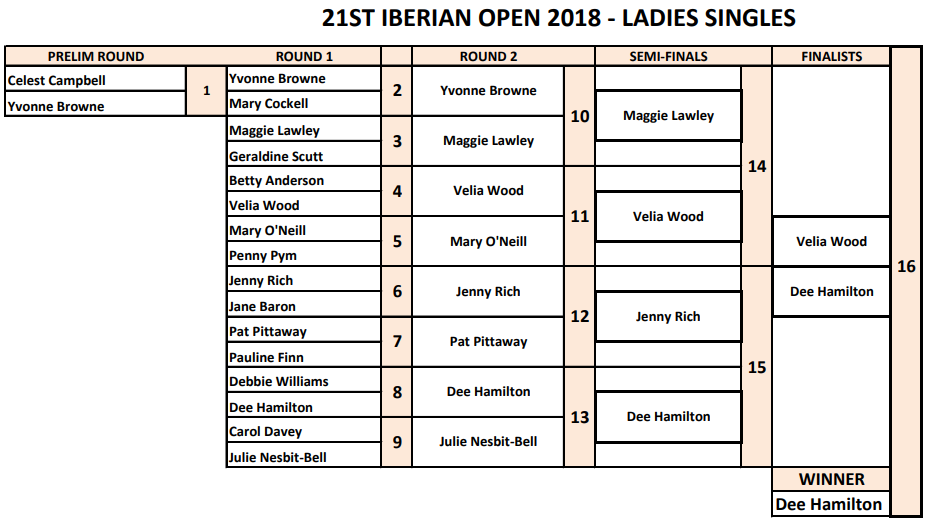 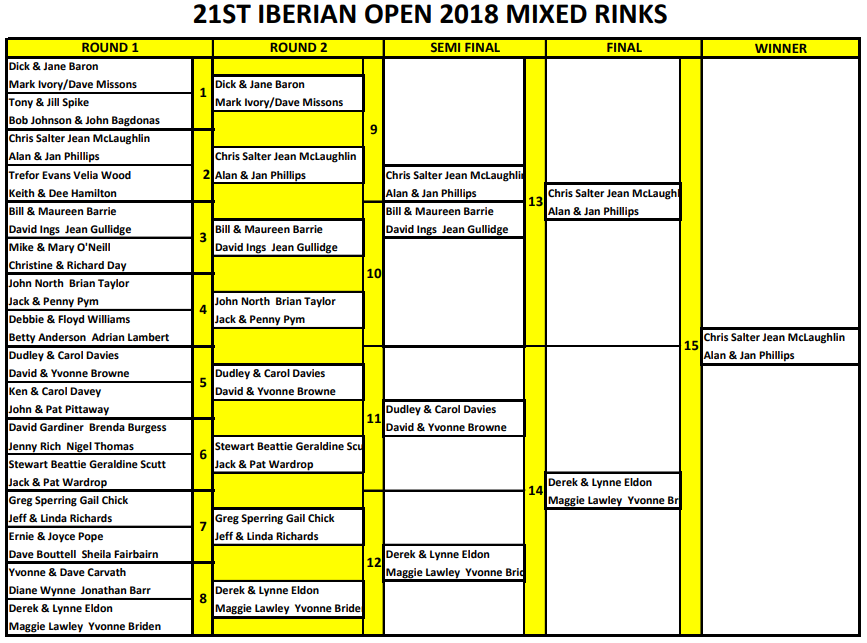 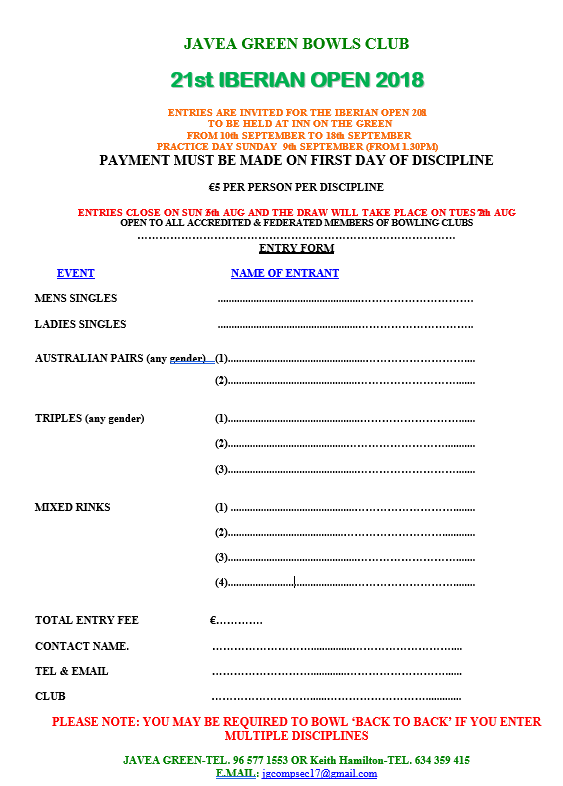 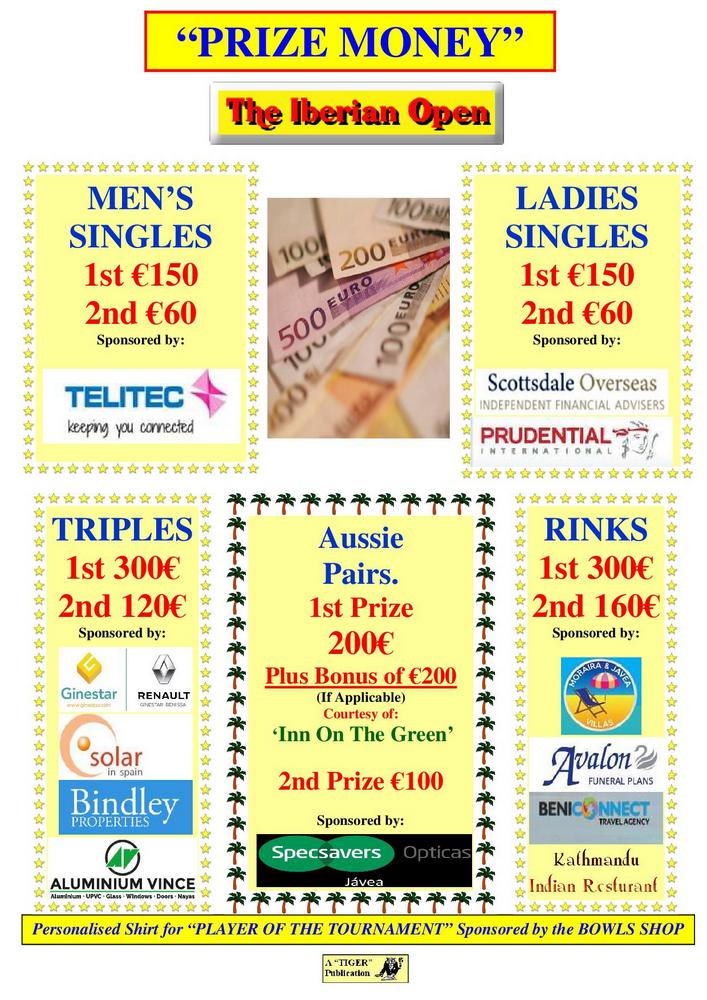 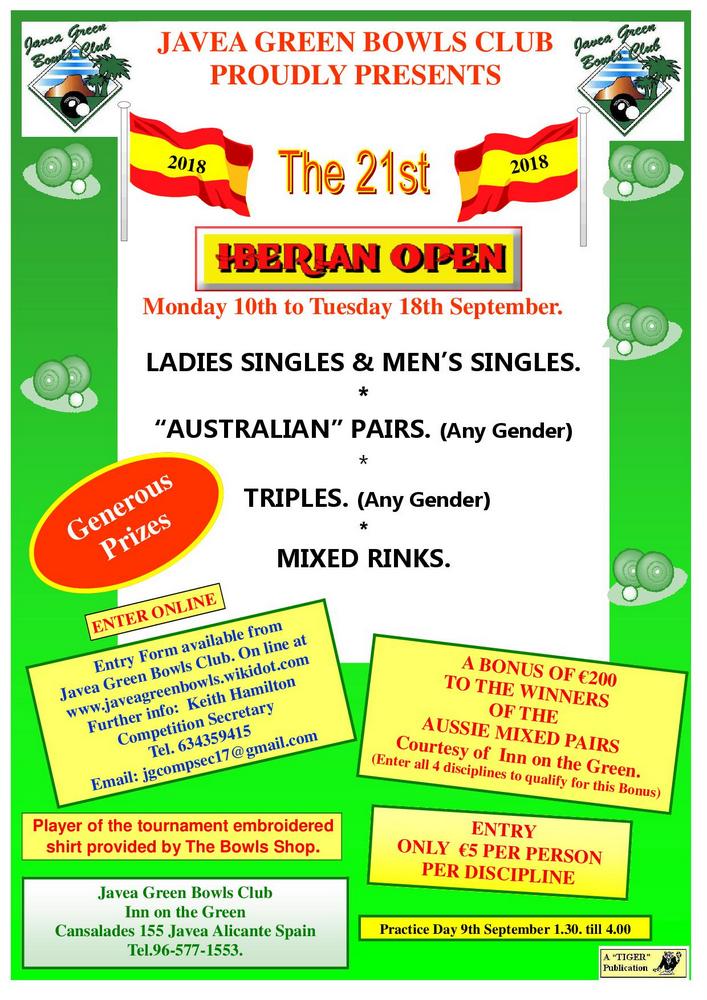